The 2023 Martin Luther King Jr. Day on January 16th marks the 28th anniversary of the national MLK Day of Service celebrating the Civil Rights leader’s life and legacy. United Way Suncoast invites our community to serve in honor of Dr. King and to make his holiday "a day on, not a day off".

As Dr. King proclaimed in his Nobel Peace Prize speech, "I have the audacity to believe that peoples everywhere can have three meals a day for their bodies, education and culture for their minds, and dignity, equality and freedom for their spirits." United Way Suncoast's MLK Day of Service volunteer projects followed Dr. King's wisdom, focusing on food insecurity and education needs in our community, providing all the freedom to rise, because United We Rise, United We Win.

More opportunities will be adding in the coming weeks, so please check back for updates. 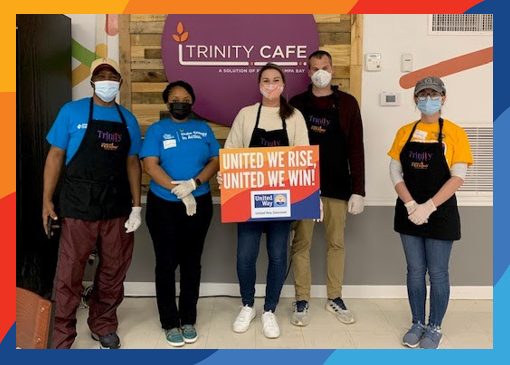